IMPORTANT: OBADDON IS NO LONGER BEING DEVELOPED! 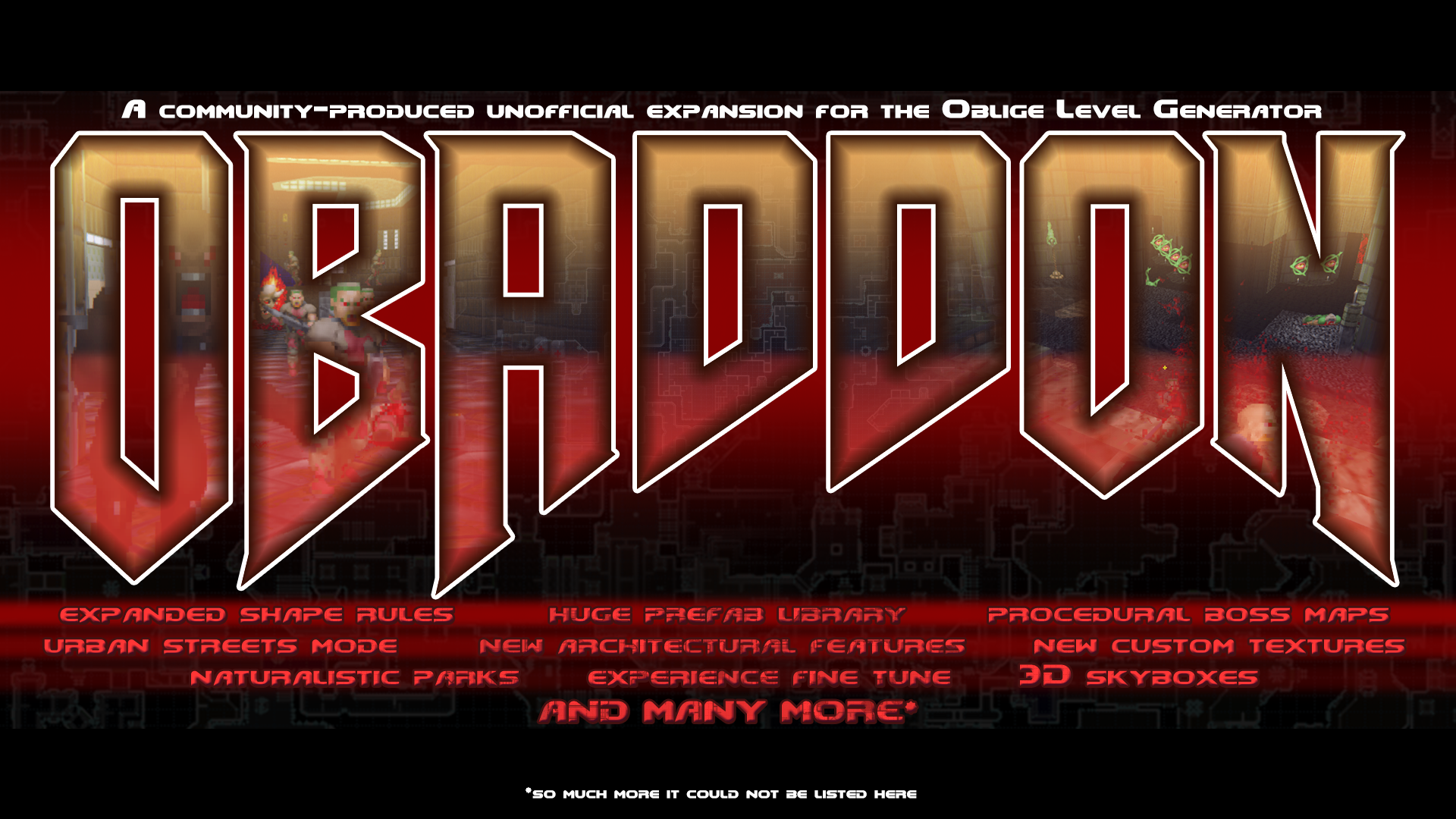 A repository of new features, enhancements, and an extensive library of community-built prefabs for Oblige 7.70.

New: For Windows x64 users, a win64 executable for Oblige 7.70 is now available which addresses memory issues in creating large megawads, boosts performance, and prompts the user in taskbar when map building is complete. Credit to Sumwunn for this!

Currently, the Oblige community resides on an unofficial Discord server since the official forums were shut down. You may join us at the following link:

If you wish to more directly participate in ObAddon’s development, the project is completely open to contributions from simply new prefabs to new script modules!

Please visit our Latest Release to download the current build of ObAddon. Older releases may be found here if required.

Your addons/ folder location may vary depending on your operating system and whether Oblige is installed system-wide.

If you wish to try our “bleeding edge” code, you can build the addon yourself.

Automated (for environments with make available such as Linux):

Adds a HUGE library of prefabricates to decorate maps, a collection spanning more than a year of work including decorative walls, doodads, and functional pieces such as stairs, joiners, teleporters, start rooms, joining pieces, and lifts contributed by different authors! YOU TOO can contribute!

AND MORE TO COME!